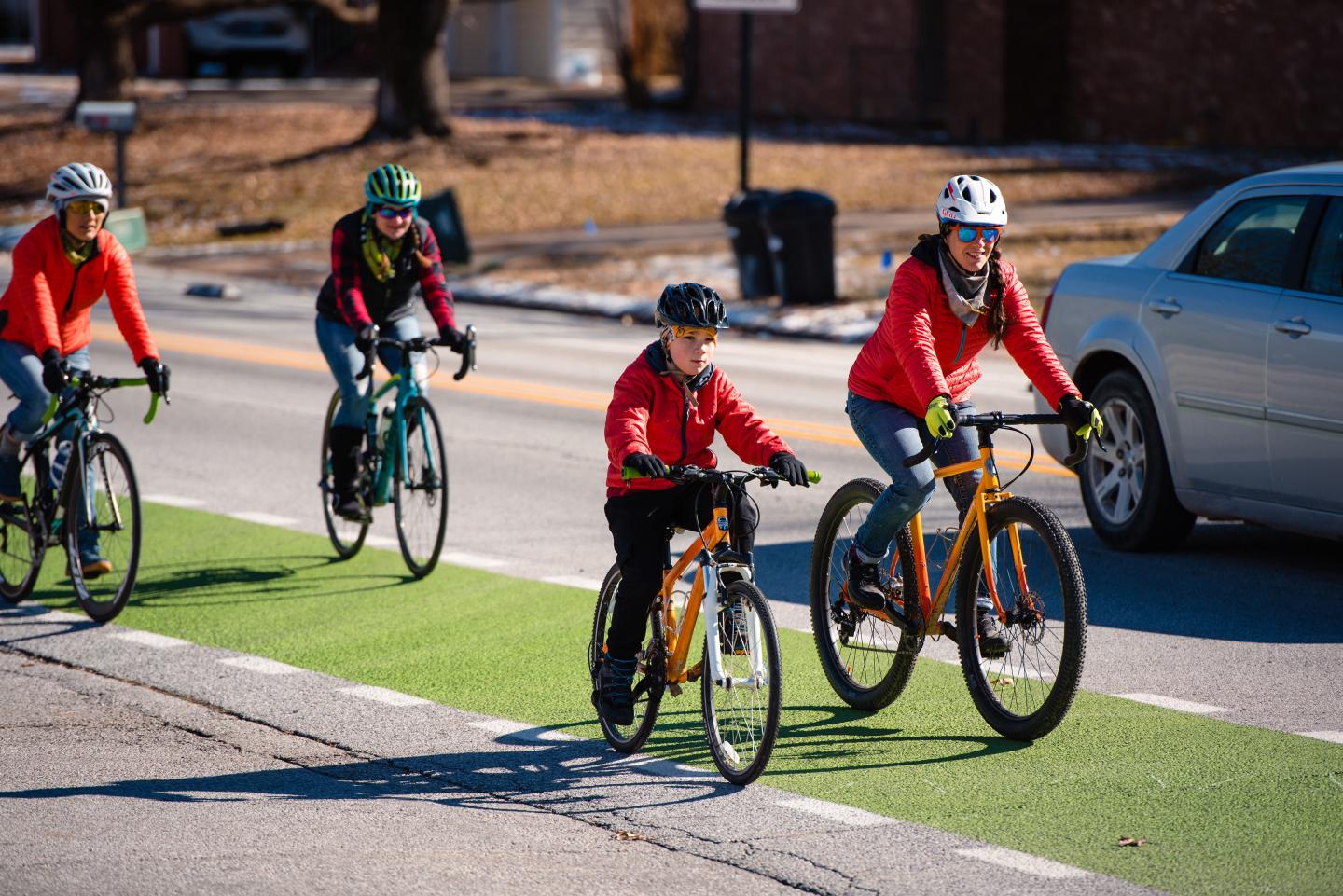 In 2018, BikeNWA worked with the City of Fayetteville to approve the design and installation of a safe and low-stress bicycle connection between the Razorback Regional Greenway (RRG) and Butterfield Trail Elementary School. The project made temporary bicycle and pedestrian improvements to Rolling Hills, Appleby, and through the parking lot in Fiesta Square. BikeNWA contracted with Active Planning + Design to conduct public input sessions and coordinate the design of the project.  It took 15 community volunteers and BikeNWA staff a combined total of 60 hours installing the bike lanes.

This project specifically made changes to the street design for one year making it safer for all users (drivers, cyclists, pedestrians) to travel along the corridor. This project ended on November 30, 2019.

UPDATE: We are excited to announce that both Rolling Hills and Appleby are scheduled to receive permanent infrastructure improvements for bicycles and pedestrians!

Rolling Hills was included in the city's latest round of bond funding and will be redesigned to include a bicycle and pedestrian sidepath as well as roundabouts. Read more about the plans here.

We've also heard that Appleby has been added to a list of bike/ped improvement projects and will get permanently striped bike lanes with some physical protection (TBD) permanently connecting the east side of College Avenue to the Razorback Regional Greenway Corridor.

What could a permanent facility look like? View what Russellville, Arkansas committed to.